To celebrate the continued partnership with Formula 1, the Franco-Swiss watchmaker has rolled out a new Alpine F1 Team watch collection.

Back in 2016, Bell & Ross took it a step further and extended beyond their scope in aviation to the Formula 1 racing industry when they released a watch collection inspired by the Renault F1 team. To celebrate the arrival of the Alpine team in Grand Prix 2021, the watchmaker continues the timekeeping partnership and has unveiled a series of brand new models under the Alpine F1 Team watch collection. Comprising of three new sporty and sophisticated watch models, the A521 collection’s title is a nod to the current Alpine A521 single-seater. Relatively similar, the dials of these sporty timepieces reflect the visual identity of the Alpine, in particular to the constructor’s prominent colourway of blue, black and white. The cutting-edge materials tested on the F1 cars, are also incorporated into the timepieces. Sporty, functional, and easy to read. All three models are of course, equipped with the stopwatch function as one would expect of a watch linked to motorsports.

A simple and effective tool watch, the BR V3-94 breaks the norm of the usual signature squared case and adopts a steel round case instead. With a diameter size of 43mm, the white numbers contrasting against a sleek black dial is a clear-cut design for ultimate legibility. Down to the very detail of the stopwatch counters, they are configured in the shape of stars and white circles which are open-worked in the center to reveal parts of the movement that are intentionally designed to be reminiscent of wheel rims.

Spot other subtle details in the dial such as the counterweight of the central second hand shaped like the stylized “A” of Alpine, along with the mini red, white and blue flag at 6 o’clock which is an ode to the French origins of Alpine.

In terms of technicality and functions, it is equipped with a duotone speedometer function that allows the owner to calculate the speed of the racing car, while the bidirectional rotating bezel marks the time in greater detail.

Driving this timepiece is a modular chronograph movement with up to 42 hours of power reserve and water resistance up to 100 meters. The limited-edition BR V3-94 is also offered in either a conventional steel bracelet or perforated leather straps.

Bringing back the iconic “circle in a square” case that many fans are familiar with, the BR 03-94 is fitted in a 42mm steel case and its dial is almost identical to that of the V3-04, only with the date moved to 6 o’clock. The BR 03-94 is worn on a perforated rubber strap that is lighter and more breathable.

With accents of Alpine blue dappled across the dial, it is also topped off with the bidirectional rotating bezel that allows the wearer to start a countdown from 60 to 0 minutes – which would come in handy at the start of a race indeed. To finish it all off, the toggle push-buttons with black PVD finish are also designed to remind one of the paddle shifters found on steering wheels of the race cars.

Last but not least, this watch is the bigger, bolder, and more technical brother of all the other watches in the collection as its multi-material case combines grade-5 titanium, ceramic and rubber in a 45mm large case. Once again, the ergonomic design reminds one of the paddles on the steering wheel, while the toggle push-buttons are made from titanium covered in rubber for better grip. With a rubber shell housing the case to protect it from any potential impact, the most captivating element of this timepiece is its intricate skeleton dial. Revealing a spectacular view of the inner works of the dial, one could admire all the little details in every nook and cranny of the special mechanical movement. Different from the other versions, the bezel is split into a fixed, graduation section made from titanium, and the rotating aluminum ring, covered with black PVD which allows the wearer to mark the time.

Suave and sporty, the BR-XI A521 timepiece is a limited-edition offering in 50 pieces only. 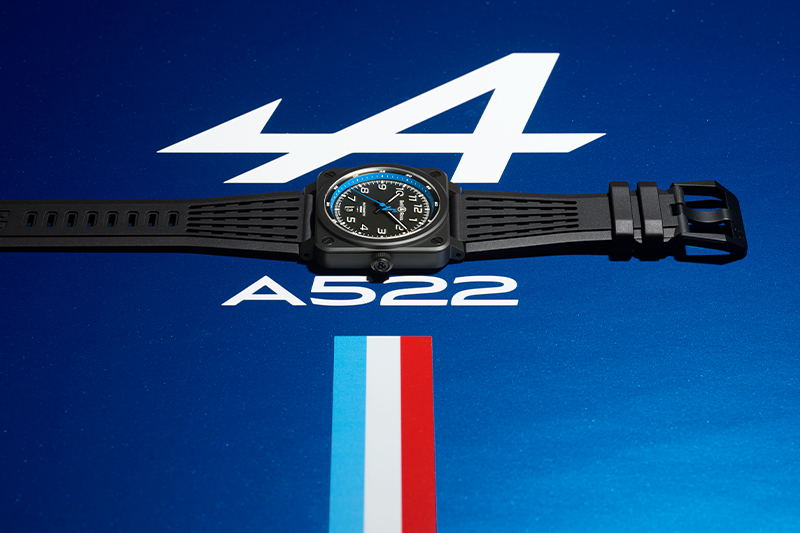 Aeronautical-inspired watches make up the majority of the Bell & Ross range, but the new... 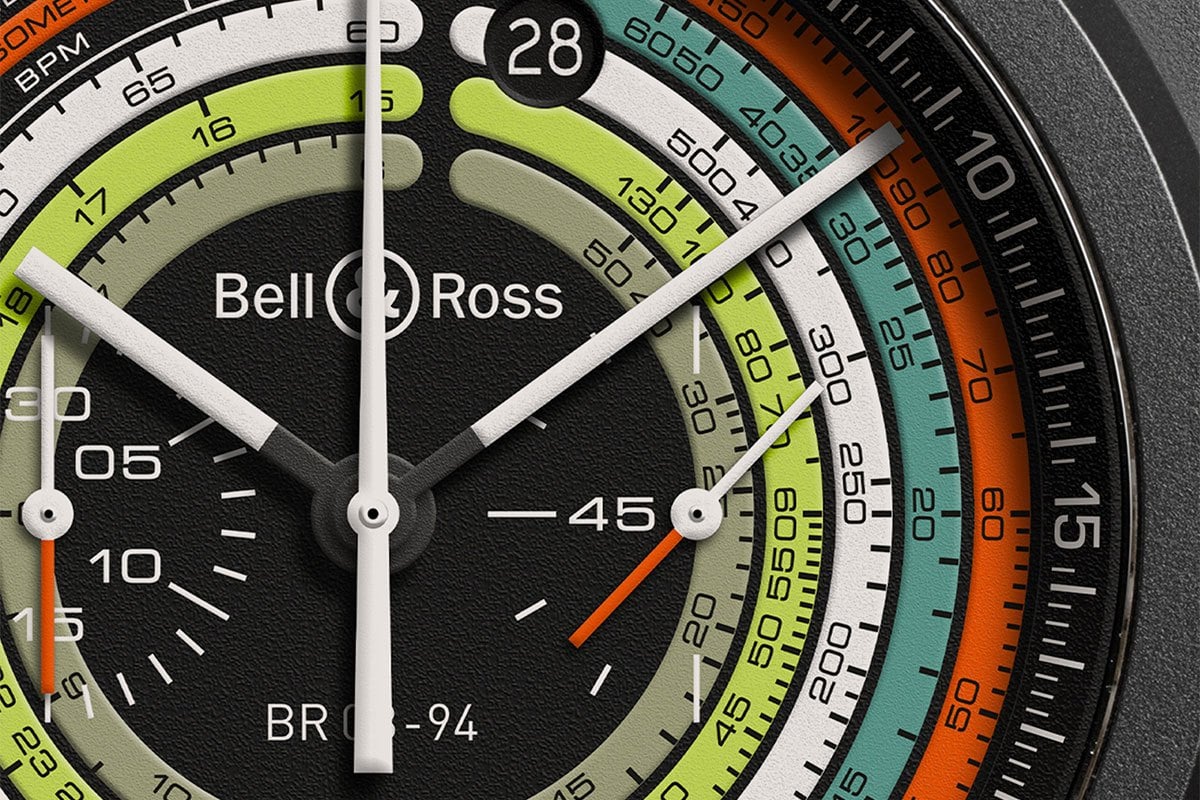 Bell Ross has always taken on the element of water, giving the brand a true underwater... Bell and Ross has announced the return of one of its most striking and well-loved watches...