Cortina Watch remains committed to becoming a socially responsible company and to enhance the lives of others.

Throughout the years, they have been constantly giving back to society through donations to charitable organisations such as the Singapore Heart Foundation (SHF), as part of their efforts to champion social responsibility. As announced in March, Cortina Watch is collaborating with the SHF, a social service agency at the forefront of the battle against heart diseases in Singapore, to facilitate access to high-quality healthcare for Singaporeans in need of cardiac rehabilitation. The ceremony took place at SHF’s third wellness facility at Bukit Gombak Sports Centre at 11am on 30th August 2022, where a signage inscribed with “SHF – Cortina Watch Heart Wellness Centre” was unveiled.

Cortina Watch hopes, with this partnership with SHF, to help provide more affordable treatment, promote active engagement in rehabilitation programs and enhance access to cardiac care for heart patients, who may be less mobile and are also at risk of a recurrent cardiac incident. 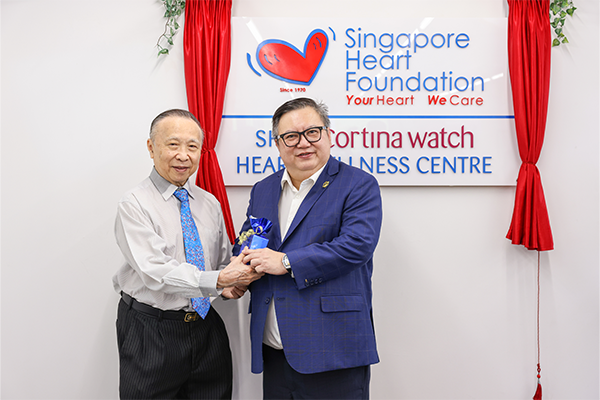 At the SHF-Cortina Watch Heart Wellness Centre, heart patients are guided on lifelong maintenance of heart healthy lifestyle habits with the support of SHF’s interdisciplinary healthcare experts and provision to a wide range of exercise equipment.

Read more about Cortina and its story through exclusive interviews with the executive chairman, CEO and COO of Cortina Holdings here.