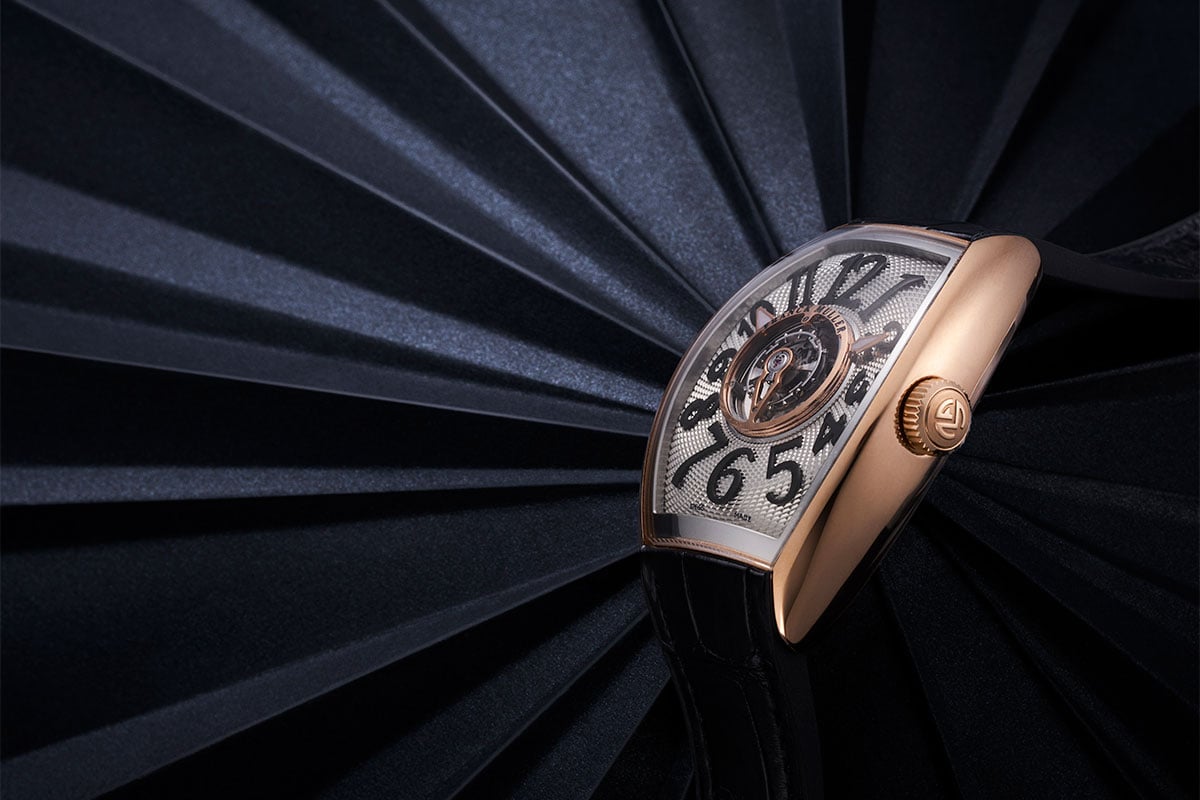 With the technology for mechanical watchmaking being where it is today, to be blown away by a new movement requires it to be something really over the top. For example, where once a tourbillon was considered a technical marvel, today layers of complexity would have to be added onto this complication to make a watch enthusiast’s jaw drop. And with Franck Muller’s latest Grand Central Tourbillon, it would appear that they have managed to achieve just that.

Those not familiar with the brand may be wondering how an independent brand can produce such a complex movement seemingly out of nowhere. However, the brand, Franck Muller and its eponymous founder has had a long history in producing world premiere complications since 1986. Some of his notable achievements include a Tourbillon with jumping hours in 1986, a Tourbillon with Minute Repeater in 1987, and an inverted Tourbillon Perpetual Calendar with Minute Repeater in 1989. 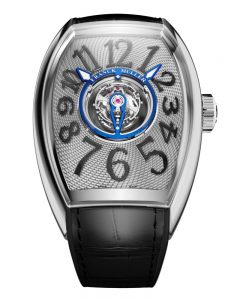 The hour, minute and seconds hands are cleverly incorporated so it appears that they are part of the tourbillon complication. Featuring the Grand Central Tourbillon Ref: CX 40 T CTR OG OG BLANC OG.

This new reference from Frank Muller is hailed as the world’s first centre tourbillon in a tonneau-shaped case. And as intriguing as it looks at first glance, the piece unveils even more layers of astonishment the closer you look at the finer details. The most obvious is that with the central aperture dedicated to the 60-second tourbillon. There is a reason why these central tourbillons are quite rare and one of the technical reasons is that all the hands that are usually held by a stem in this area now has to be cleverly incorporated in other ways. To this end, Franck Muller placed the minute and hour hands in a circular ring around the tourbillon and allows it to function via an ingenious “stacking” of complications. Compounding this effect, the 60-second tourbillon is also suspended by a single bridge shaped to indicate the seconds.

It took the watchmakers at Franck Muller over a year just to do the research and development on designing the tonneau-shaped central tourbillon movement and as a result, they have added quite a few clever innovations to the calibre MVT FM CX 40T-CTR. Firstly, the movement is one of the rare instances where you see a self-winding mechanism with a 4-day power reserve in a Franck Muller tourbillon; and this is managed through a beautiful bi-directional micro-rotor that doesn’t hinder the view from the caseback. Secondly the balance wheel is made from a beryllium and copper alloy so it is highly resistant and stable, and lastly, the lever and escape wheel is also resistant to magnetic fields. 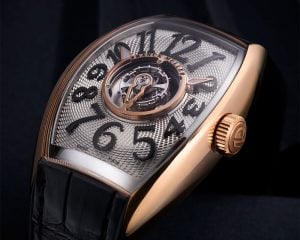 The repetitive nature of the guilloché pattern makes the perfect accompaniment to the rotating tourbillon complication. Featuring the Grand Central Tourbillon Ref. CX 40 T CTR AC 5N which is on display in the Franck Muller Museum and available in Cortina Watch boutiques.

Around the tourbillon, the dial features a brilliant guilloché spiral which seems to accentuate the rotational movement. This design, inspired by the Clous de Paris pattern, is complex enough to produce on a flat surface but because this watch is housed in Franck Muller’s iconic Cintrée Curvex case, there is a slight curve to the dial, making it a little more difficult to achieve this precisely calculated spiral. The dial is also coated with 20 layers of translucent lacquer to give it a polished sheen while Franck Muller’s signature numerals are applied by hand. 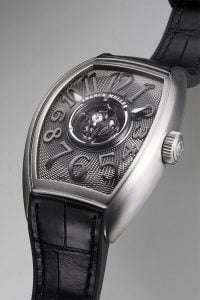 The combination of a tonneau case, a central moving component and the spiral pattern all work together to create an almost hypnotizing effect on the wrist. Featuring the Grand Central Tourbillon Ref. CX 40 T CTR TT BR TT BR TT which is on display in the Franck Muller Museum and available in Cortina Watch boutiques.

To give the wearer a better view of both the tourbillon and the guilloché dial, the manufacture also slightly redesigned their iconic case by extending the sapphire crystal to the lugs. This was only achievable after the watchmakers were able to perfect a new technique of fixing the glass at 12 o’clock and 6 o’clock.

All of this is only possible because Franck Muller is one of the few independent brands that can do everything including conception, watchmaking, assembly and decoration all in-house. They are one of the very few brands that manufacture 100 per cent of its cases and dials as well.

Discover all variations of the new Franck Muller Grand Central Tourbillon collections online or locate the nearest boutique for a visit.

Explore the evolution of modern Swiss watchmaking through 30 years of Franck Muller designs at the Franck Muller Museum. Visit their exclusive exhibition to learn more about the visionary watchmaker whose groundbreaking ideas have shaped watchmaking today.

The Franck Muller Museum is held at Wisma Atria, Singapore from now till 20 March 2022. Hourly guided tours are available on Wednesdays through Sundays, from 10 Nov 2021. Find out more details and book an appointment for the tour here. 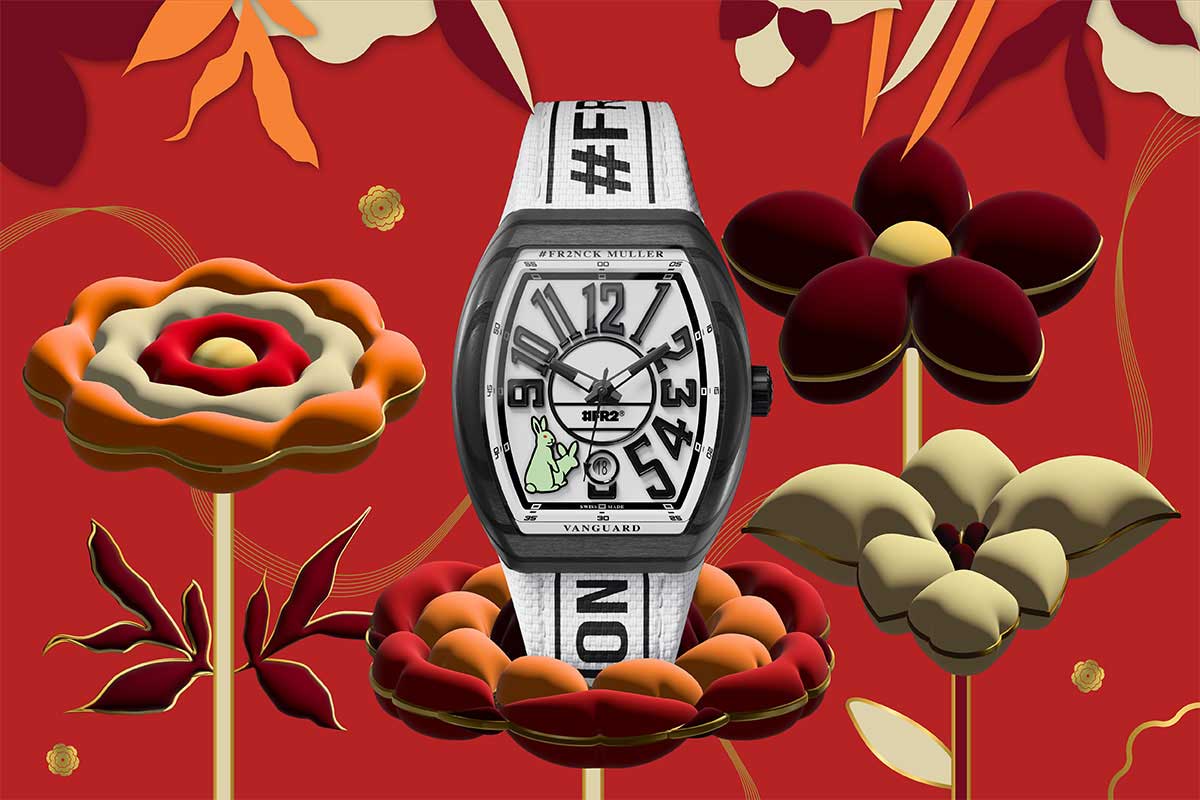 Franck Muller serves up a creative collaboration with the founder of streetwear brand #FR2... 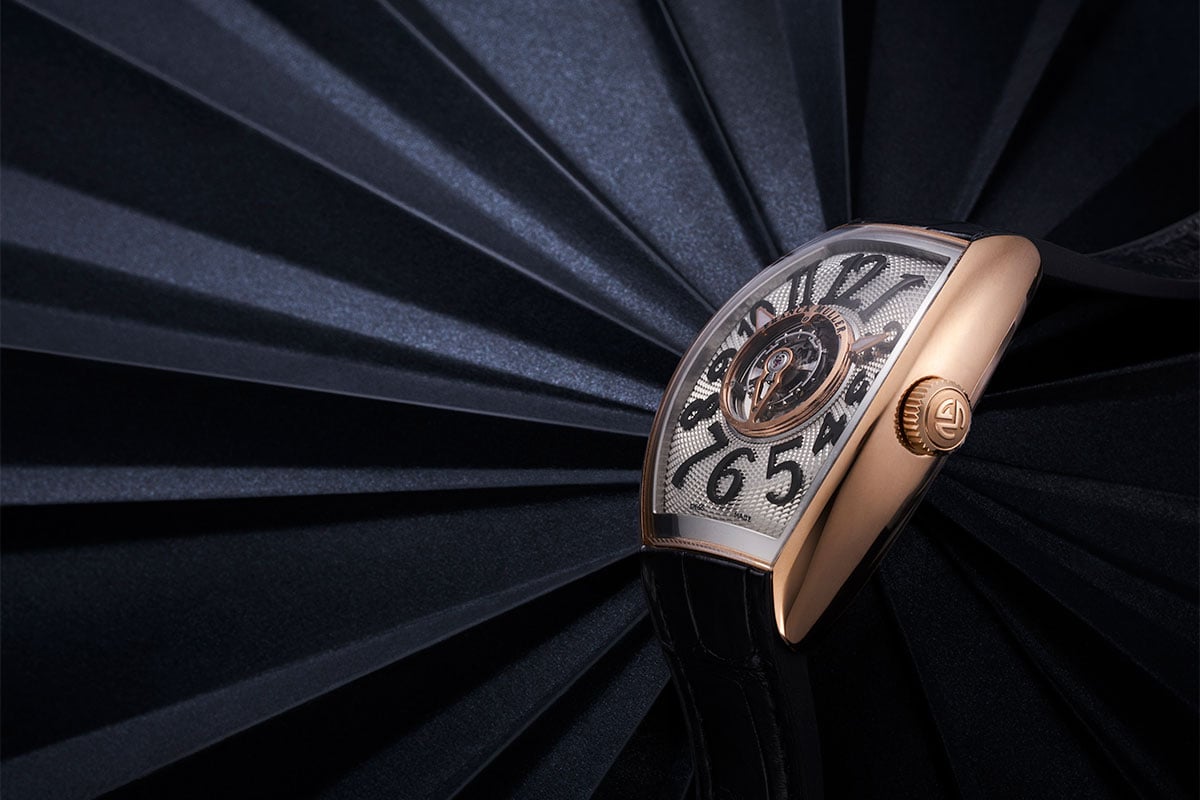 How Franck Muller Grew from The Vision of...