Fronting Some of The Biggest Watch Campaigns, It’s Time for......

As the influence of Asian celebrities grows, watchmakers are seen courting famous names on this side of the world to expand their brand’s reach – a big win for diversity.

Asia is on the rise – in terms of celebrity influence that is. The famous faces of the entertainment industry on this side of the world have certainly solidified their grasp over the luxury market.

More and more, you are seeing Asian celebrities fronting fashion campaigns and being picked as ambassadors of international brands.

For instance, this year saw the watchmaking industry actively recruiting recognisable faces that can resonate well locally in different countries of the region.

This shows that the star power of Asian celebrities is rising. Unlike, say, ten years ago, they are becoming the top players in the luxury scene – snatching up ambassadorships by some of the biggest brands.

Good news indeed. The added diversity is nothing short of timely, and something to be proud of.

Face Of An Icon

May of this year, Omega announced that Han would be its latest ambassador.

This caused a stir of excitement among her fans – and she has quite a sizeable number of them, mind you. With just 288 Instagram posts (at the time of writing), her account has a whopping 9.5 million followers.

“I really admire Omega for its renowned history in watchmaking, especially when it comes to women’s timepieces,” reads her press statement.

“It’s quite an honour to wear that beauty and precision on my wrist and share the brand with so many fans around the world.”

In the publicity shot released for the announcement, she wears the Aqua Terra 150M Co-Axial Master Chronometer in 34mm steel case. Han is now counted among the ranks of Western stars such as Cindy Crawford, Nicole Kidman, Kaia Gerber and Alessandra Ambrosio – all of whom are part of the star-studded Omega ambassador family.

Born in 1994, the South Korean actress started her career as supporting characters in several television series.

She began getting lead roles after that, beginning with JTBC series The World Of The Married (2020). This led to more critical recognition and further roles for Han in Nevertheless (2021), and the Netflix-produced My Name (2021).

She is currently filming for Gyeongseong Creature, a thriller series scheduled to air in 2023.

A Vision Of Elegance

Longines, on the other hand, recruited South Korean actress and musician Bae Su-Ji – or better known as Bae Suzy or just Suzy.

She was previously a member of girl group Miss A. Her career then took a turn when she went solo in 2017, and has since made a splash acting in films and television dramas.

Suzy is said to be one of the most in-demand endorsers in her country right now.

Celebrating her appointment with Longines in May, she expressed her excitement at the honour.

“It is my great pleasure to join Longines, a prestigious watch brand with 190 years of history. I am looking forward to all the elegant journeys, precious time together and connections I will make Longines Ambassador of Elegance,” Suzy was quoted as saying. 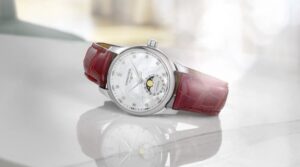 According to the brand, she resonates well with its image and values.

“She is a welcome addition to the Longines family, and this relationship is sure to appeal to watch lovers and culture enthusiasts around the globe,” read the press statement.

Suzy’s solo career began with her 2017 pre-release single Pretend topping the music charts. Her latest song Satellite, released in February, ended the wait of four long years – to the delight of her fans.

Yet, she is also known for her philanthropic efforts.

Suzy consistently makes large donations to worthy causes, such as for flood victims, low-income families, people suffering from incurable diseases, and preventing the spread of Covid-19.

For her debut timepiece campaign, she wears the Longines Master Collection.

In February, another Swiss watchmaker scooped up an Asian star. Zenith named Singaporean Desmond Tan as one of its “Friends of the Brand”.

The actor can be seen wearing Zenith’s Chronomaster Sport and Defy Skyline watches.

Those timepieces are said to embody the very spirit that Tan is known for displaying in his career. Always embracing change, he is not afraid to brave challenges and take the road less travelled.

Tan has starred in both Chinese and English drama productions, showcasing his versatility in many roles.

He first came into the limelight in Singapore when he finished Top 5 in the country’s talent search programme Star Search in 2007. 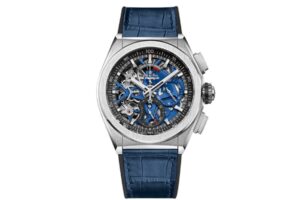 Four years after that, his role as a heroic rickshaw puller in blockbuster A Song To Remember left a deep impression on the audience. It earned him the breakthrough award at Singapore’s Star Awards the year after.

“Like how the brand encourages everyone to go far out of their comfort zones to discover new horizons, I aim to inspire and encourage the youth to chase their dreams and reach for greater heights,” Tan commented.

Besides being involved in drama productions, he has also taken on roles in films such as When Night Falls (2010) and The Big Day (2019).

The Rise Of Asian Stars

All three of them, Han, Suzy and Tan, prove that the faces of the watchmaking world are becoming more diverse than ever.

They add to the long list of Asian stars representing luxury watch brands – a trend that is picking up speed in the past several years.

Who could forget how Montblanc picked Malaysian-born actor Lawrence Wong for its campaign back in 2018? Or that in 2020 Bulgari named Blackpink’s Lisa as one of its muses?

The time of Asian celebrities is indeed – now.

Discover more online or visit us at our boutiques for more information.