A perpetual calendar watch features the calendar mechanism that auto-corrects for the different days of each month, regardless of whether it is 28, 29, 30 or 31, and that means it takes leap years into account as well.

In other words, the watch will have at least a date display and manual intervention is not required for any date corrections if the movement runs continuously.

In addition to the date, perpetual calendar watches generally have displays for the day of the week, the month and may even have indications for the moon phases and the leap year. 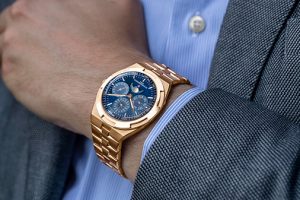 In theory, the date would be accurate in “perpetuity”. Though the date can be accurate for years and even centuries, the majority will require a manual reset in 2100, on 1 March 2100 to be precise, for a one-day correction as it is not a leap year.

This “rule” re-adjusts the calendar as the addition of an extra day every four years will over-correct slightly. As such, the leap year is “skipped” for three consecutive century years and re-balanced once again by having a leap year every 400 years.

Century leap years such as 2000 and 2400 will always begin on a Saturday while the additional day, 29 February, will always be a Tuesday.

For non-century years or common years, the year must be evenly divisible by four to be classified a leap year such as the years 2020 and 2024. 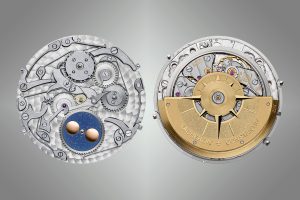 Perpetual calendar mechanisms were used in clocks during the late 17th century. Thomas Tompion and George Graham are known to have fitted such mechanisms in clocks in around 1695.

Well-known for his lever escapement invention and hailed as Britain’s greatest watchmaker of the time, Thomas Mudge (1717 to 1794) is credited for inventing the earliest known perpetual calendar still in existence for a watch – the pocket watch number 525 produced in 1762.