Six Iconic Watches That Should Be On Every Collector’s Radar... What makes a watch iconic and evergreen? We break down the details through the introduction of six of our best-selling timepieces, and let you decide which is your favourite.

For him: Cartier Santos de Cartier

Initially created in the early 1900s because aviation pioneer Alberto Santos-Dumont complained about the impracticality of having to reach for his pocket watch while flying to his good friend, Louis Cartier, the Santos de Cartier made history by being the first commercially-realised aviation watch. It was also the first wristwatch to use a “folding buckle” or boucle déployant on its straps, patented by Cartier in 1909.

Though heavily inspired by the Art Deco style, which was most prevalent in the early 20th century (and a style that Cartier is very well-known for), the Santos proves that time has nothing on well-thought-out design. Over 110 years on, the style of Santos de Cartier remains true to the design codes of the original Santos. However, through the sensibilities of Cartier’s designers, it has also subtly evolved with time, for example, as reflected in this current rendition.

This particular large model has a gradient blue dial, which is a refreshing change from the classic silvery-white dial as soon on most Santos models; and reflective of current market trends. It also scores in the practicality department because of its 100m water resistance, in addition to two clever innovations. Firstly, the SmartLink adjustment system used in its steel bracelet, which enables the wearer to add and remove links easily, as well as the bracelet and additional blue calfskin strap (that comes with every purchase) being fitted with the QuickSwitch system that makes it a cinch to change between the two bracelets.

For her: Cartier Ballon Bleu

The circle has always been seen as a standard shape for most wristwatches. However, for a brand like Cartier, whose aesthetic codes are evident in every timepiece they create, their take on the classic round watch would obviously have an identity that is unique to Cartier. Launched in 2007, the Ballon Bleu is generally considered to be Cartier’s 21st-century interpretation of the classic round watch. Far from being ‘just’ a round timepiece, the devil is certainly in the details. Besides being round, the case is shaped like a pebble with smooth, domed sapphire crystals on its front and back. Instantly recognizable even when viewed from the side, the lines of the case, crown and bracelet appear to flow organically into each other and make for a visual treat in itself.

The signature integrated crown is also unique to the Ballon Bleu and a clear display of Cartier’s impeccable approach to combining form with function – with the notion of elegance at the core of every timepiece it creates. The iconic crown guard design, which encircles the cabochon-shaped blue spinel, is clever and chic.

For him: Chopard Alpine Eagle

Chopard’s Alpine Eagle has a beautiful story behind it. The brainchild of Karl-Fritz, son of the brand’s Co-President Karl-Friederich Scheufele and third generation of the founding family, it takes inspiration from the St Moritz, an integrated steel bracelet watch that Chopard launched in 1980. Regarded as Chopard’s first foray into the sports watch category, it was considered a bold move back then, though steel bracelet watches like this have gotten very popular over the years. It was the first watch that Karl-Friederich designed for the brand, which adds to its significance. The Alpine Eagle takes the meaning of family legacy to the next level, as an updated and elevated rendition of a creation that is extremely close to the heart of the Scheufele family.

From the clever placement of eight screws on its bezel to the use of different finishing textures, as well as the meticulous effort in creating a dial texture that mimics the iris of an eagle, the Alpine Eagle checks many boxes. What’s more, Chopard’s usage of its proprietary Lucent Steel A223 – a contemporary steel alloy that is sustainable, antiallergenic and tougher than conventional stainless steel used by most watch manufacturers, makes the handsome timepiece even more of a winner.

An accurate interpretation of that is relevant and well-liked by watch enthusiasts of the current generation, the Chopard Alpine Eagle can genuinely be considered an icon-in-the-making, and no doubt has potential as an evergreen timepiece that will transcend eras.

For her: Chopard Happy Sport

This trailblazer of a ladies’ watch does not need much introduction. Conceptualised from the radical idea of “freeing” diamonds from constrictive prongs and settings. Chopard’s co-president Caroline Scheufeule’s creation set the whole watch industry abuzz when it was launched in 1993 as the first watch to combine steel and diamonds. 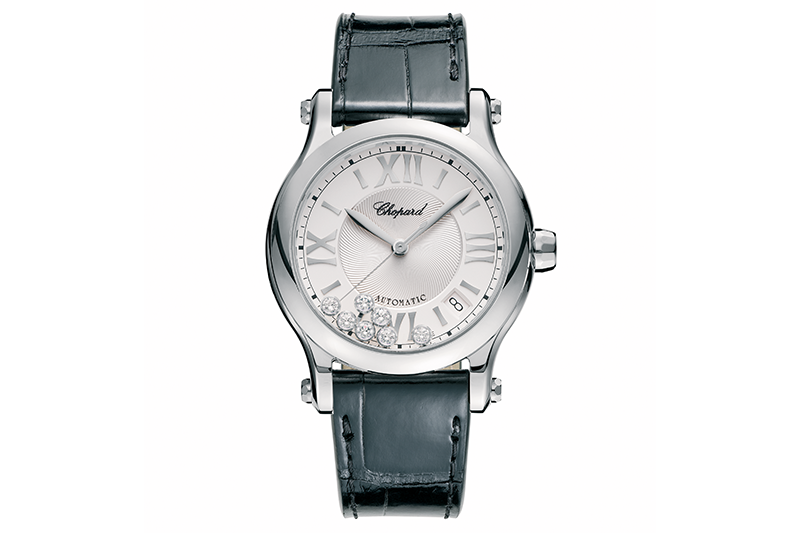 The Happy Sport is a horological embodiment of female emancipation and, to date, the only timepiece of its kind, with dancing diamonds radiating across the dial. Well-loved by the woman of today and beyond, it is as glamorous as it is practical. And it is veritably revolutionary creations like the Happy Sport that progress to become icons in their own right.

Thirty years on, the Happy Sport continues to be loved by ladies who want more than just a luxurious timepiece, but also embrace the spirit of authenticity and joie de vivre that the Caroline Scheufele has envisioned for the woman that Chopard stands for.

For him: Franck Muller Crazy Hours

The fact that people know about the Crazy Hours watch, even when unfamiliar with Franck Muller, says a lot about this iconic timepiece. Born in 2003 out of a radical idea that genius watchmaker, Franck Muller, had while vacationing, it broke all rules and made a powerful statement in the history of watchmaking. Its jumbled-up numerals on the dial not only defy conventions, but beneath the dial also lies an intriguing interpretation of the jumping hours complication. In contrast, the minute hand moves in a traditional manner, and its hour hand dances across the dial, following the unorthodox placement of the oversized numbers. An abstract and irreverent interpretation of the concept of time, this revolutionary and innovative timepiece remains one of the most talked-about creations in the history of watchmaking to date. It is also no doubt one of the most-wanted horological creations on any discerning collector’s wish list.

Synonymous with Franck Muller is the tonneau-shaped Cintrée Curvex case that set the industry abuzz when it was introduced in 1992. Meticulously engineered and notoriously difficult to produce, it curves in a three-dimensional manner, allowing it to rest comfortably around the wrist. The Vanguard case is an evolution of the Cintrée Curvex, one which subtly infuses the original with sporty and more modern nuances while keeping to the core DNA of Franck Muller. In general, ladies have more petite wrists, which can be rather tricky when finding shaped watches that fit, especially one that is curved and elongated. However, an expert in tonneau-shaped cases, Franck Muller has successfully created Vanguard models to suit a range of wrist sizes.

Sporty, bold and graceful at the same time, the Vanguard Lady Classic is unmistakable at first glance and in a class of its own when it comes to watches created with the modern woman in mind.

Discover more evergreen watches online, or locate the nearest boutique for a visit. 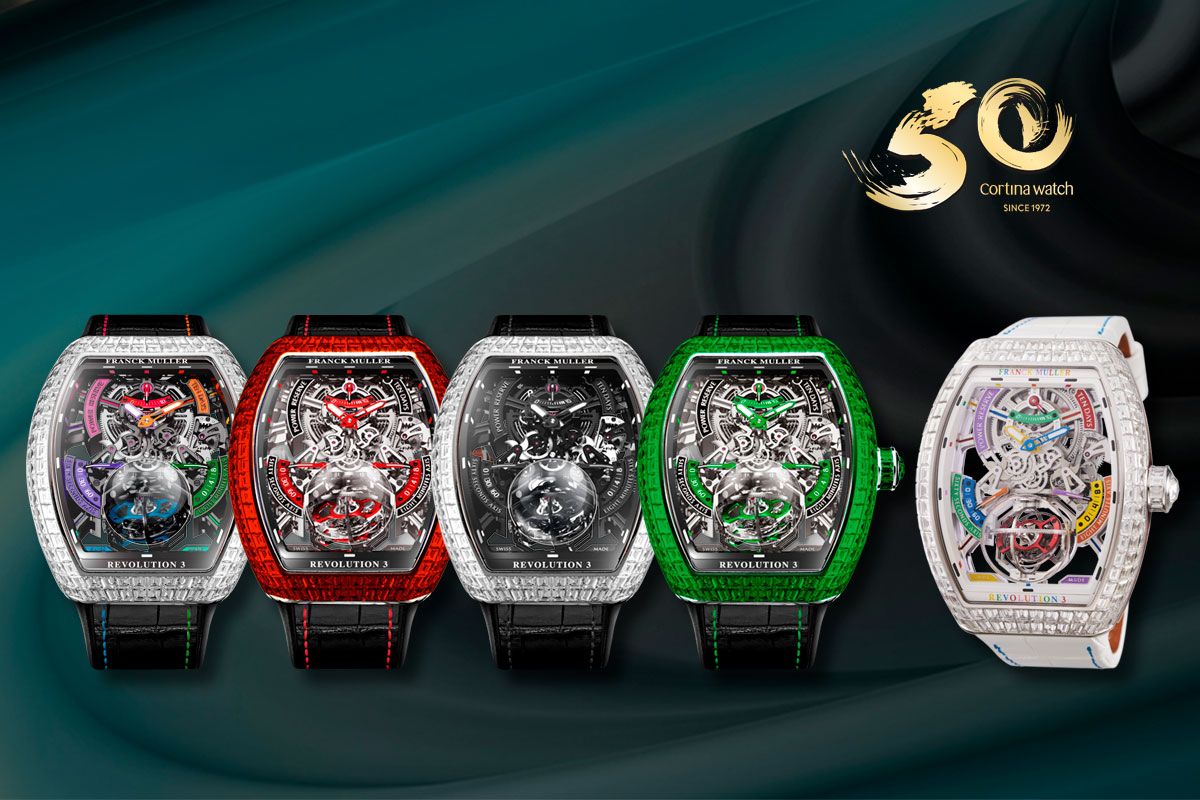 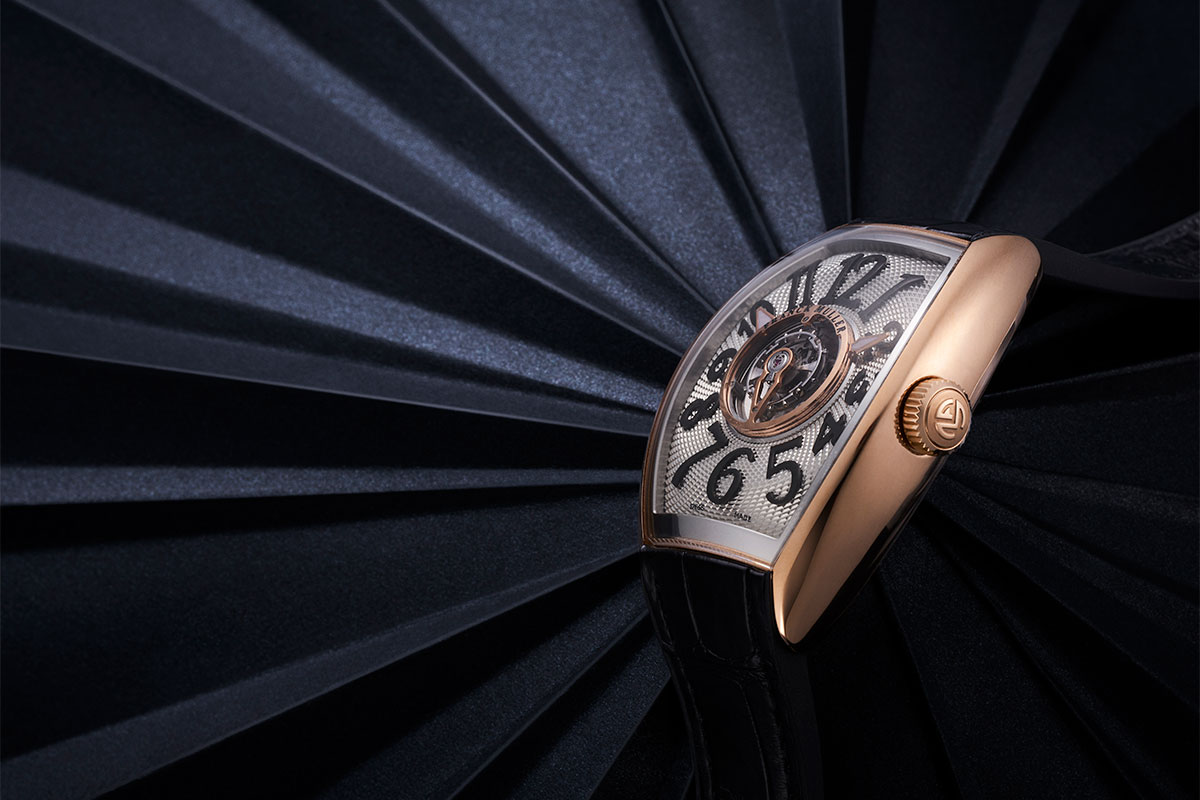